Now that the NBA Draft is over, it’s time to move into NBA Free Agency! In this article, I am coming up with 5 free agent fits that make sense (Not where I think they’ll end up, but a fit that is fun/makes sense). 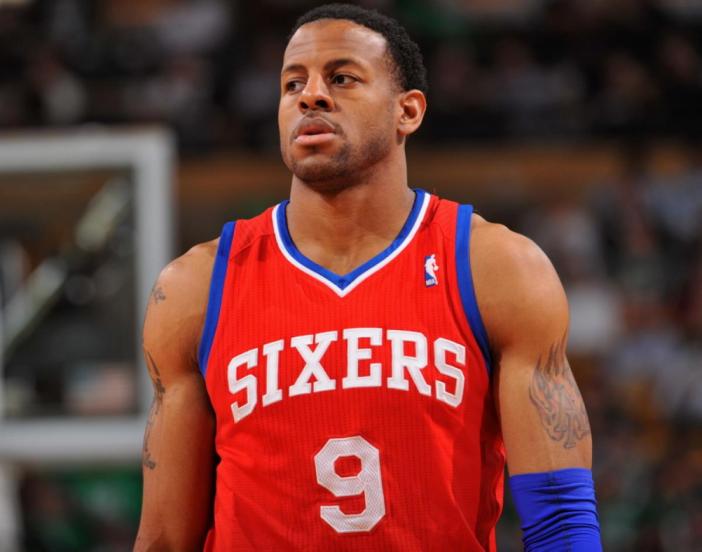 Andre Iguodala goes back to the place where he spent the first eight years of his NBA career, Philadelphia. The Sixers are able to make Iguodala a much bigger offer (probably about 3 years, $60 million) than Golden State will be able to. With two championships and a Finals MVP under his belt from GSW, Iggy bolts for the money and teams up with the Process to help mentor the young guys. 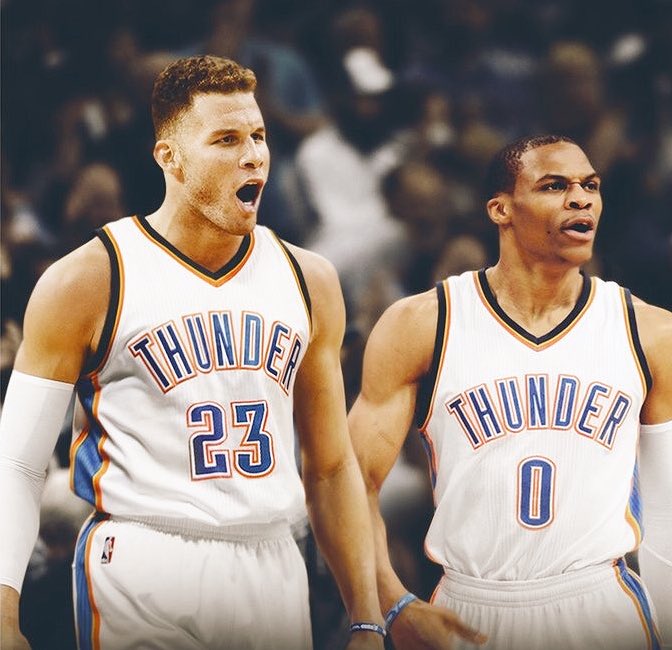 Although I don’t think this will happen and certainly hope it doesn’t as a Clippers fan, Blake Griffin teaming up with Russell Westbrook would certainly be fun to watch. Two of the most high-flying, explosive dunkers on the same team would create an insane highlight reel. Although OKC can’t afford Blake right now, they would probably do a sign and trade with the Clippers, parting with either Steven Adams or Enes Kanter to make room (which I’m sure they’d be willing to do).

Not Jimmy Butler, but a Butler University reunion in Boston. Gordon Hayward heads to Boston to team up with his college head coach, Brad Stevens and the Celtics. Jae Crowder can slide down to the 4 and the Celtics could create a starting lineup of IT, Avery Bradley, Hayward, Crowder, and Horford with Marcus Smart, Jaylen Brown, and Jayson Tatum coming off the bench. The Cavs better watch out. 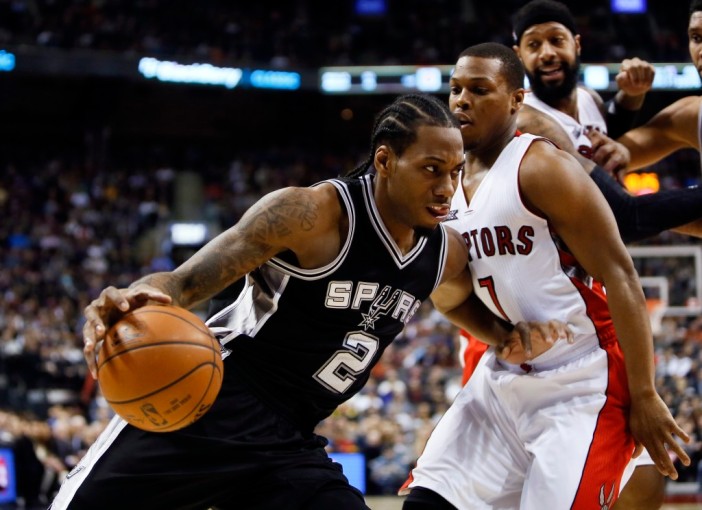 Tony Parker is too old and Patty Mills is a free agent. The Spurs need a spark in their roster and Kyle Lowry needs out of Toronto if he ever wants to see a Larry O’Brien trophy. If the Spurs can get rid of Tony Parker’s $15 million next year get back Pau Gasol, Dwayne Dedmon, and Johnathan Simmons along with Kyle Lowry, they just might have a chance at competing with the Warriors next year.

The Kings are losing Rudy Gay, Ben McLemore, and Tyreke Evans to free agency. Their only remaining wings are Buddy Hield and new draftee Justin Jackson. With only $50 million currently on the Kings payroll for next season, they might as well take a chance on a young wing with lots of potential.

Check out Dylan and Jason’s final mock drafts before the NBA Draft tonight!

Check out our Live Mock Draft on our YouTube channel: https://youtu.be/WzPvGBkuINU

Fultz is an elite offensive weapon. His ability to make tough shots and get to the rim with his height is amazing. Many of his weaknesses came from lack of effort, which I believe will improve leaving the terrible situation in Washington. His offensive skillset and defensive potential are unmatched by any other prospect in the draft.

Ball’s height, defense, transition, and range makes him one of the best PG prospects to come out in a while. However, I don’t see the quickness, and the lack of a mid range game along with some baggage in his dad (especially if he doesn’t go to the Lakers) pushes him below Markelle Fultz.

Josh Jackson has a lot of versatility and athleticism in his game. He can score from anywhere inside the 3 point line and excels in making explosive plays. However, he is undersized to be able to truly be a defensive stopper at 207 lbs. Lebron James and big 4s will dominate him. Once Jackson fills out and improves the 3 point shooting, he will be an all-around great 3.

Jayson Tatum reminds me of Melo, and I think that is exactly what he becomes in the NBA. He doesn’t have elite athleticism, but doesn’t have any glaring weaknesses either. Mid range game is strong and can continue to improve on defense.

In the time it took me to write this sentence, De’Aaron Fox just ran around Lonzo Ball again. Fox is speedy and is nearly unstoppable in transition and is a defensive stopper at PG with a 6’3.5 height. Once he fills out and develops a consistent jump shot, it won’t be the last time he drops 39 on Lonzo.

Smith is a great all around player and could be a top 3-5 pick in many drafts, but continues to fall down mock drafts. He is a great, explosive scorer, but an average passer and defensive player. With NBA players around him, he will become a better passer. Smith may not be picked until the end of the top 10 or even outside though.

Monk has one of the most complete offensive games in the draft. He can shoot the ball from anywhere on the court, but is also streaky. Another downside to Monk is his size, only a 6’4 SG. I compare his game to CJ McCollum, another undersized SG that shoots from everywhere. I think Monk can be just as good in the NBA.

Isaac is a project, but has the tools to be an elite defender against positions 1-4. He shows flashes on offense, but still has a lot of work. He has a high ceiling that could go as high as Giannis, but could end up being a complete bust.

Ntilikina is very raw, especially on offense. He can come in and contribute right away on defense with a 6’5 height and 7’0 wingspan. His offense is a work in progress, but his defensive potential alone gives him a floor of a defensive PG off the bench.

Mitchell has risen quickly up draft boards with his combine performance and athleticism. He does it all: scores from all three levels, is explosive, and is solid on D. His ceiling would be Dwyane Wade and a floor would be Trey Burke.

John Collins a a bouncy 4 that also shoots the ball well. He did it all for a bad Wake Forest team last year, so his numbers are a bit inflated. He is not polished defensively but has the body to guard both 3s and 4s. Overall solid late lottery pick with Blake Griffin potential

OG is a defensive stopper. With his quickness and 7’6 wingspan, he will be lockdown in the NBA. On offense, he finishes well and his jumper has potential. He will never be able to lead a team on the offensive side though, and his knee injury raises some concerns.

Markkanen is the Dirk/Porzingis stretch 4 type. He shoots the ball extremely well, and that opens up driving lanes for him. However, I believe Markkanen struggles greatly on the defensive side in the NBA. He can’t guard smaller, quicker stretch fours and big centers bully him. I think Markkanen has a role in the NBA, but won’t be a star.

Giles could have been the #1 pick in this draft if not for injuries. However, 3 knee surgeries limited his time at Duke and plummeted his draft stock. He still showed flashes post-injuries but if he can get back to what he was before, he will be the steal of the draft.

Kennard=JJ Redick- white guys from Duke that shoot the lights out. They also have the same weaknesses though. Kennard lacks athleticism (see: white guy) and only has a 6’5 wingspan. Kennard definitely has a role in the NBA as a shooter with all the 3s teams throw up these days.

Collins is a solid offensive player. He is good around the basket and shot the 3 efficiently when he (rarely) stepped out behind the line. However, he doesn’t do anything exceptional and his defense is below average. I wouldn’t spend a lottery pick on him

Long, rangy, athletic rim protector. Not great yet on offense and is a bit of a project, but lots of potential.

He shoots the ball well and went back to work on his shooting. He can also guard 3s and 4s in the NBA. He has average athleticism but could become at least a good 3 and D guy.

He tested well at the combine and is extremely athletic. He can provide a major impact on defense, but his offensive versatility does not match with the modern NBA big man. His athleticism and defensive potential could turn him into Deandre Jordan though.

Ojeleye is big and extremely versatile. He can play 3 positions in the NBA (SG, SF, PF) and his shooting stroke and toughness will find him a role somewhere.

Ferguson decided to go overseas, and gained lots of experience playing against bigger guys at only 18 years old. He could end up being a great scorer in the NBA.

Good offensive versatility and scores well as a big man. He is limited defensively though as he is not super quick. Lots of potential though and could be a steal

Laef is a great, versatile scorer who will have a role somewhere as a stretch 4. However, his defense is limited and I don’t believe he ever develops into more than a bench shooter.

Wilson is a bouncy 4 that can also shoot the ball. He does a little bit of everything and could probably play the 3 too. He isn’t very strong yet, though, and is not a great rebounder. If he continues to improve, he could find a Draymond Green type role in the NBA.

Anigbogu has the tools to become a solid offensive player and a defensive anchor. However, he didn’t play a lot at UCLA and struggled with much of his looks not at the basket. Lots of potential but is definitely a boom or bust prospect.

Pasecniks is still underweight for an NBA center, but shows lots of potential to turn into a versatile big man who can step out and shoot the rock. Draft and stash candidate.

Rabb is another guy with stretch 4 potential. He shoots it well and still grabs 10 reb a game. He didn’t do much to improve his stock (in fact dropped it) between freshman and sophomore year, but it could be due to a bad Cal team.

White is a combo guard that can do a little bit of everything (18 ppg/4 rpg/4 ast/1 blk/1 stl). He can come off the bench right away to play either guard spot in the NBA.

Hartenstein has a body that can translate to the NBA. He is a good rebounder and is solid defensively. However, he struggles to finish and does not have the jump shot down yet. He has potential as a draft and stash candidate.

Lydon does a little bit of everything, and will be a solid 3 and D prospect. He shoots it well and can defend other 3s pretty solidly.

Check out our YouTube channel to hear our daily podcasts! https://www.youtube.com/channel/UCRnhBT7VK2Z7ex_HqDMj5JA